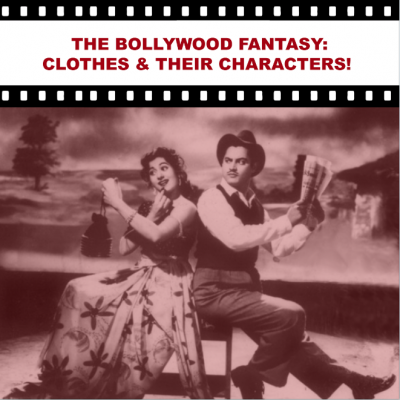 The Bollywood fantasy: clothes and their characters

This course appreciates the creation of fantasy through depiction of society and clothing in Hindi Cinema.

In eight sessions you learn to understand how clothing is used to develop characters in Bollywood cinema.

Each session looks at a specific theme, with focuses on one film as point of appreciation during a weekly online class. The relation of clothing and how it constructs the characters, uses metaphor resulting in creating a fantasy, will be analyzed.

The course introduces you to spices of- sprouting romance, bubbling dance sequences, melody of songs, sticky stereotypes, all served with tadka of melodrama. The course concludes with a finale session where you will recreate a fantasy by dressing-up and photographing yourself as one of the character from the films reviewed.

This course is developed by LOkesh Ghai: textile artist, researcher & design educator. You can sign up via thebollywoodfantasycourse@gmail.com