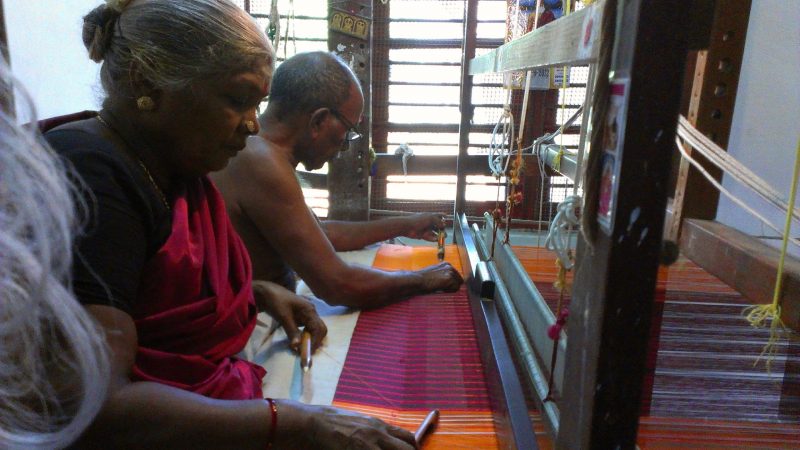 Each year on the 7th of August, India’s rich & diverse handloom is celebrated, by acknowledging the contribution of weavers in conserving India’s heritage on National Handloom Day.

“Handloom can enrich daily lives and surroundings in many ways; from clothing to furnishing to masks in Covid times to wall hanging (Union Cabinet minister of Textiles – Smriti Irani).”

The weaving technique used for the sari is so beautiful. The sari is a six-meter-long piece of cloth that women drape around their bodies, it is really a national costume that is worn differently from region to region. Each state has its own weaving technique, materials and patterns.

This day was launched in 2015 in order to generate awareness about the importance of handloom industry as a part of India’s rich heritage and culture. It is a way to promote handloom products leading to increase in income of weavers as well as enhance their confidence and pride.

August 7 was chosen as the National Handloom Day to commemorate the Swadeshi Movement which was launched on this day in 1905 in Calcutta Town Hall.  Boycott movement was also launched along with the Swadeshi movement. The movement aimed at reviving domestic products and production processes.