A NEW CHINTZ / ODE TO A CRAFTSMAN

I ply with all the cunning of my art This little thing, and with consummate care I fashion it – so that when I depart, Those who came after me shall find it fair And beautiful. It must be free of flaws – Pointing no laborings of weary hands; And there must be no flouting of the laws Of beauty – as the artist understands.

Through passion, yearnings infinite – yet dumb – I lift you from the depths of my own mind And gild you with my soul’s white heat to plumb The souls of future men. I leave behind This thing that in return this solace gives: ‘He who creates true beauty ever lives.’

‘The Craftsman’ by
Marcus B. Christian 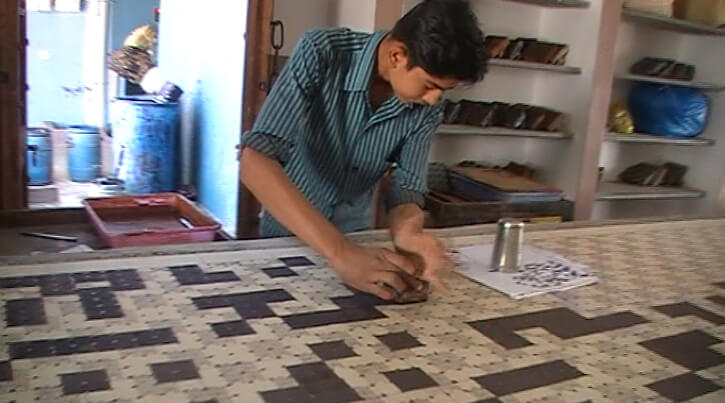 … On February 19th, 2017 after eight hours of a bus ride through a desert like landscape I arrived in a small village Ajrakhpur. There I would spend the following two weeks collaborating with one of the oldest textile craft communities of the region, and being the guest of Sufiyan Khatri and his family.

Khatri ancestors came to Kutch area from Sindh Pakistan in 1634 upon invitation of Rao Bharmal Ji I, the then king of Kutch. The surname Khatri is associated with textile crafts like dyeing and block printing, which have been the family’s occupation for the last ten generations. Sufiyan with his brother Junaid have recently taken over their father’s practice and currently run two workshops producing naturally dyed fabrics and Ajrakh, a unique block printing technique based on geometrical patterns.

Ajrakh in Arabic means ‘blue’ and in Kutchi and Persian dialect means ‘keep it today’. Its patterns and colors are inspired by Brahma, the universe – the blues and the reds of the evening sky and the stars. Centuries ago the meanings that patterns carried were used as a method of communication as well as a sign of belonging to a specific group. However over the years and through influences of other cultures, those meanings got lost, forgotten or misused, turning the pattern into an unknown language.

From the beginning of my research on chintz the lost meanings of the patterns and the search for their contemporary cross-meaning was one of my two focus points for this project. The second being the multifunctionality of the piece of fabric, something that I got inspired by while researching saree and the difference in approach to wearing clothes between India and the Netherlands.

In Ajrakhpur I spent days surrounded by the pile of binders with the samples of Ajrakh patterns and talking to the craftsmen at Sufiyan’s workshop. However to my surprise nobody seemed to know what the patterns once represented. The language that once existed had turned into a code, the key of which was lost. Developing this line of thought I thought of a contemporary visual language that I could use to convey the message. I looked into symbols, brands, cartography, shapes, alphabets, children’s drawings, searching for something that could convey a cross-meaning between two cultures and be recognizable and readable as such.

From the floor of the workshop where I was sitting every day I could hear the sound of the side bone of four craftsmen’s hands beating twice on the block. A heartbeat of a future fabric. Unfaltering, steady, meditative sound of four hands, or rather ‘hearts’ working together, merging in a symphony that was only disturbed by a short chat or a ringtone of a smartphone…

Couple of days later similar ‘heartbeat’ was coming out of my own hand ‘singing’ in unison with Shakur’s. He was printing a check pattern with a traditional Ajrakh block, while on the other table I was putting a layer of strictly arranged black squares of the same size on top of it. Together we were shaping a coded message using the language of a contemporary QR code on a piece of textile.

The QR code is a pattern made out of pixels: white and black arranged in a specific way by the unknown logic of a program. To create my own logic and ‘readability’ of the pattern I combined it with another shared language – the morse code. I translated a dot into one pixel and a dash into two pixels, which allowed me to create words in the ‘visual language’ of the QR code. And writing line by line on a piece of textile those combinations of pixels became words, which later created a text, which all together formed a coded message praising the ones who bring life into a piece of fabric. 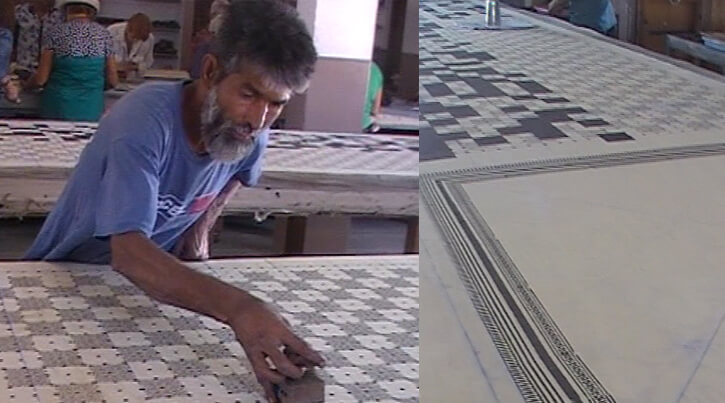 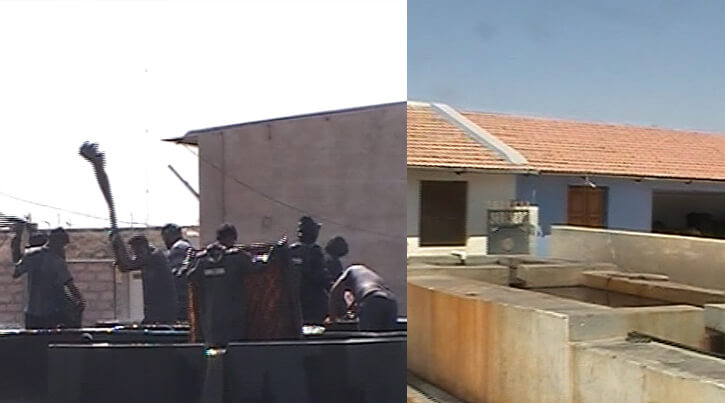 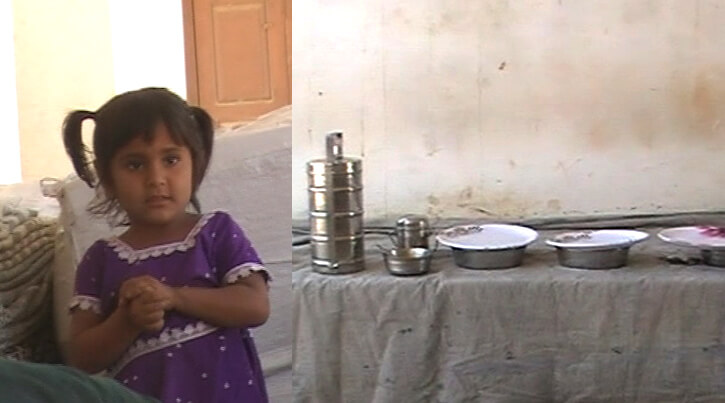 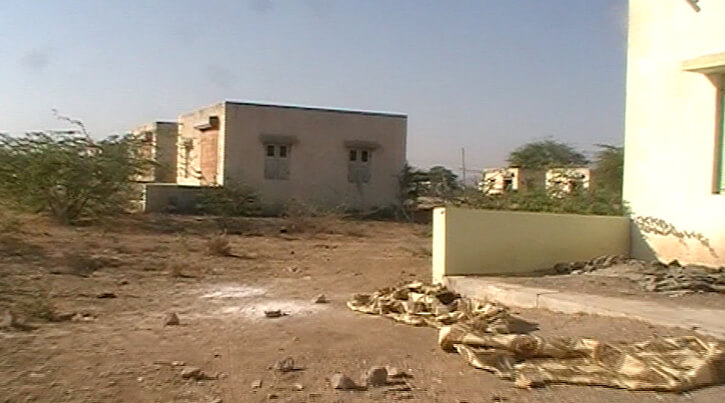