Bandhani is a type of tie-dye textile, where cloth is tightly tied into many small knots that form a design. Then the cloth is dyed, followed, by removal of the thread, leaving a circular design on the cloth. The name bandhani is derived from the Sanskrit word banda (to tie). Bandhani is a 5000-year old craft, originated from Kachch, Gujarat, when members of the Khatri community moved from Sindh. Local and natural materials such as madder root and pomegranate were used to dye the cloths. Making bandhani involves a number of steps: first a design is stenciled on the fabric, followed by the tying of the tiny knots, which is often done by women, but also by men. Lastly, the fabric is dyed by men who have learned the skill from their fathers. Across India, the base of the fabric used for bandhani (silk, cotton, muslin, wool or other materials) has social, economic or cultural meaning. Bandhani from Kachch is particularly known for its very fine dots and composition.

While bandhani was mostly applied in the east, at the end of the 17th century, this craft found its way to Europe in the form of red and black handkerchiefs, also called ‘bandanas’, derived from Bandhani. 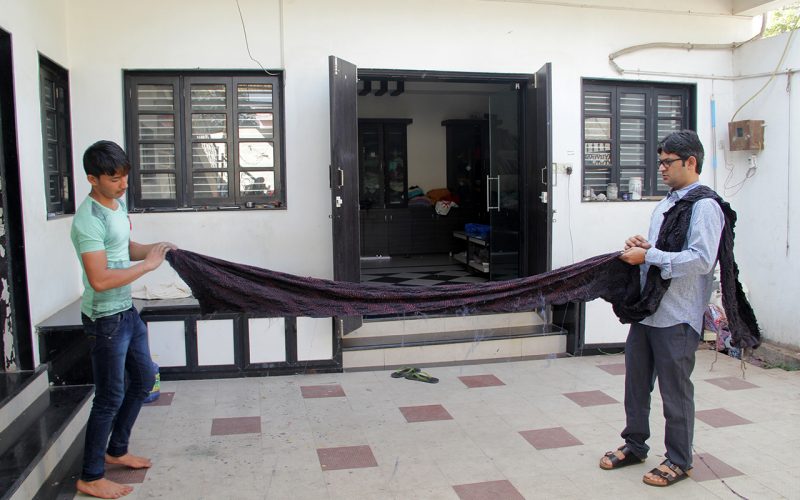 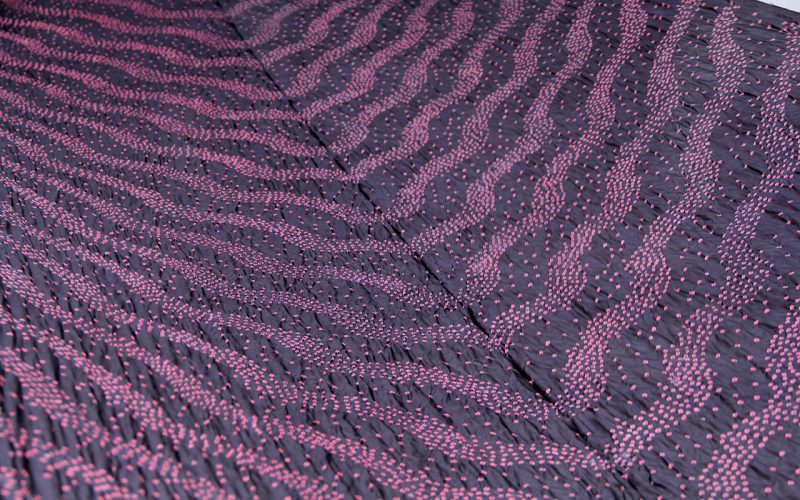 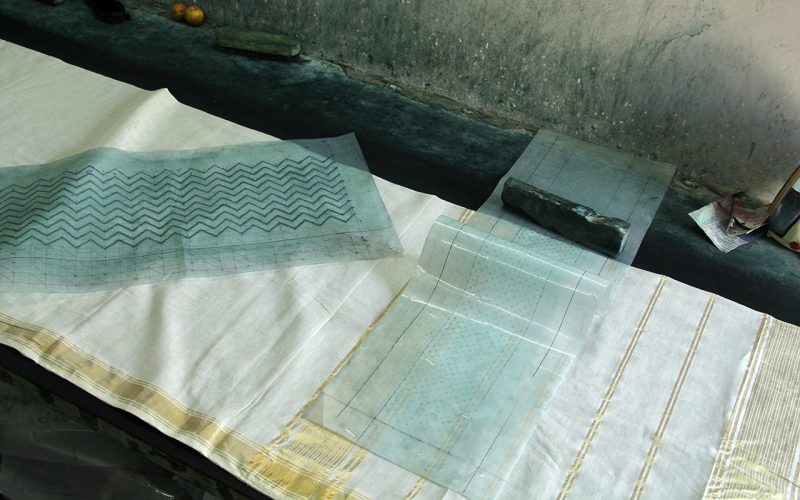 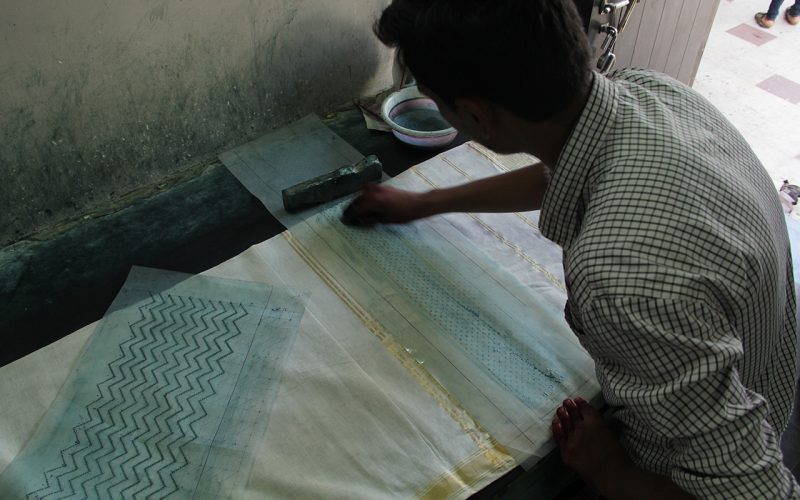 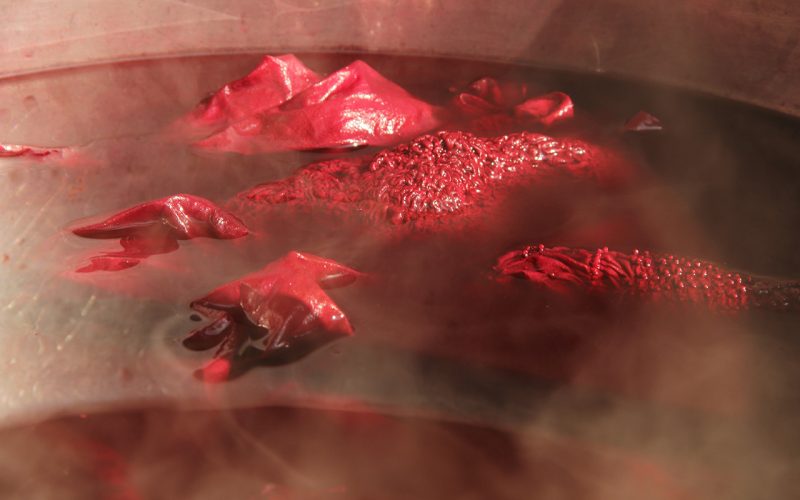 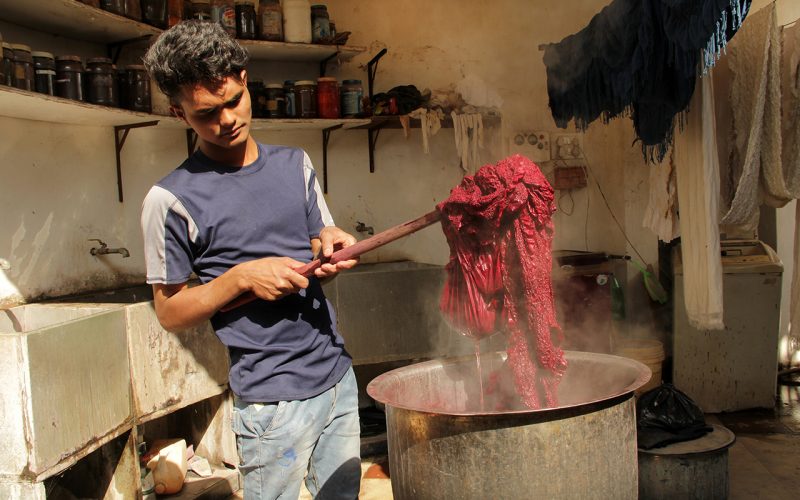 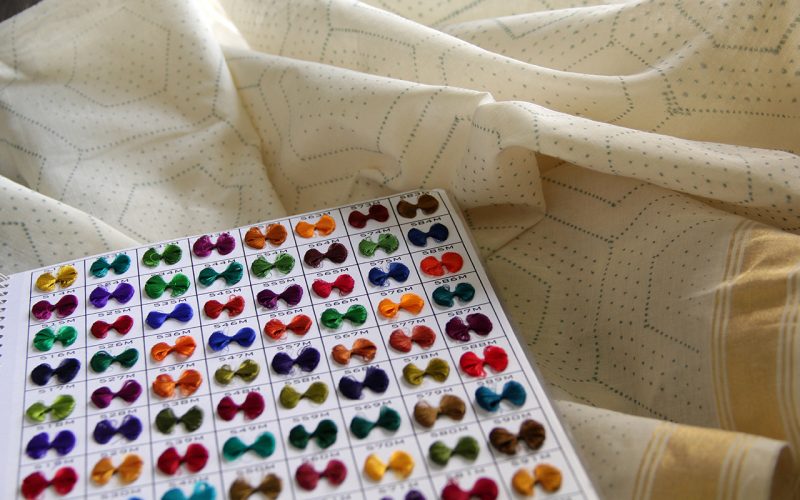 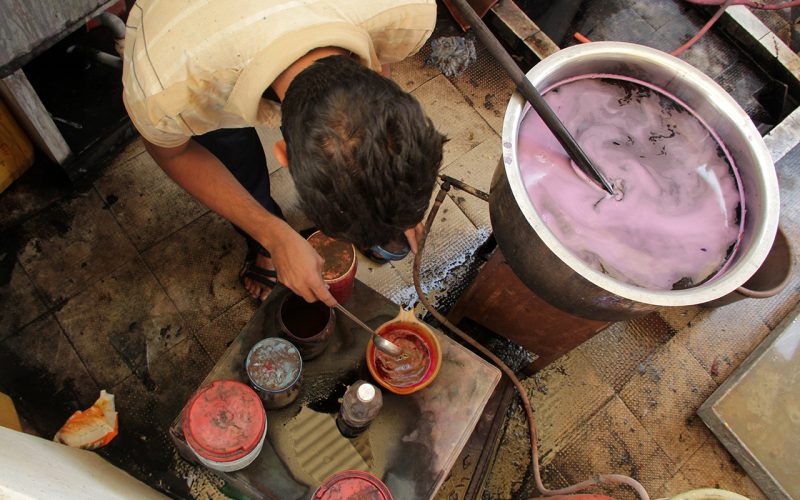 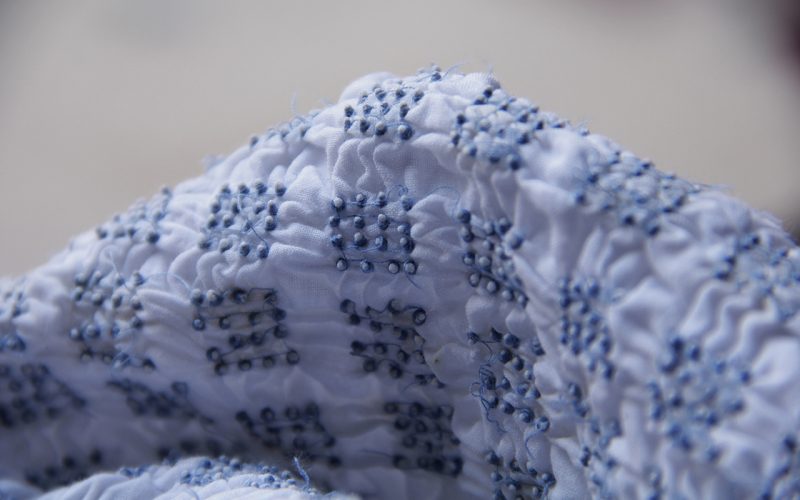 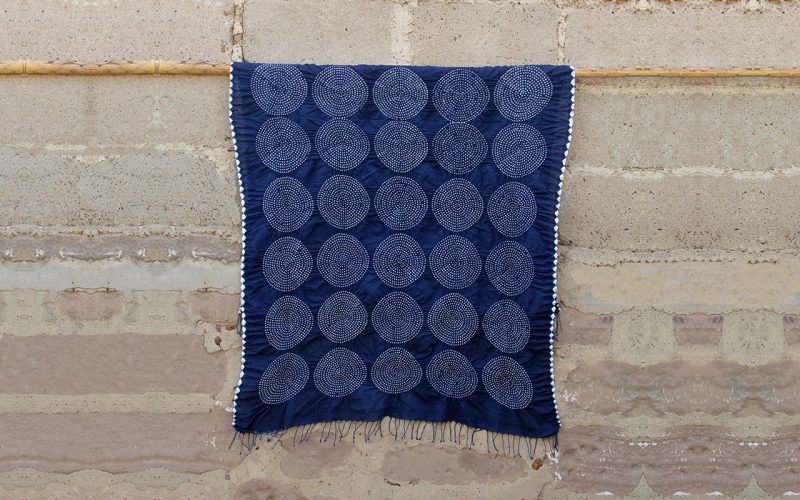 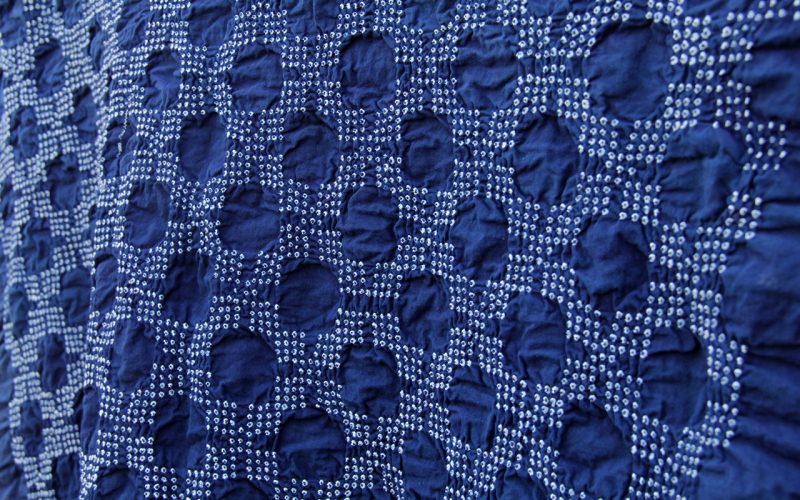