This time I had a beautiful encounter with a lively 70 plus woman, named Meghiben. She is an independent, self confident, skilled craftswoman. She knows ahir embroidery, appliqué and patchwork. She confidently told me that she can do all forms of embroidery. Meghiben is very open to collaborate with artists and designers. 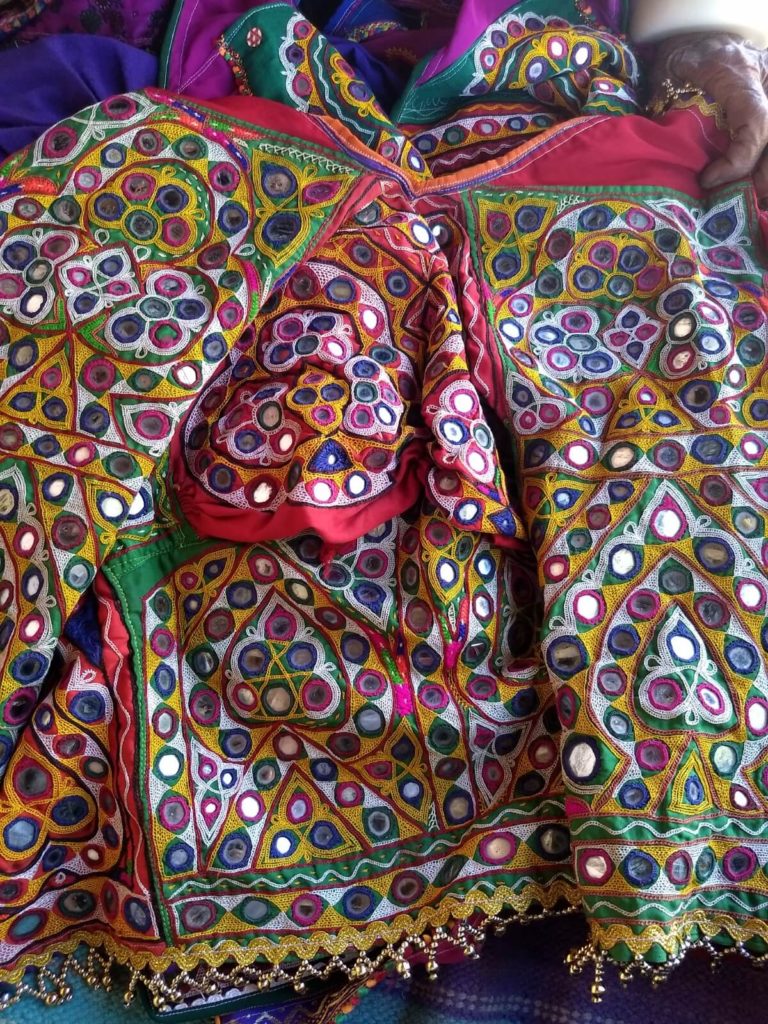 She showed many of her storytelling textiles, in which she applies the above mentioned techniques using left over fabrics. She explained the various stories, but we only had laughter and our body as a common language.

Then she showed me a very interesting piece from her collection in which I detected a QR code, an image very common in western culture. I wondered how it ended up in this storytelling textile piece.

I asked her what the QR symbol means to her. She told me the story. Later her son explained me in Hindi that the image symbolizes the burning of Holika, keeping evil out of the house. A ritual conducted before celebrating Holi. For me, personally it is very interesting to understand how images are interpreted differently in varying cultures and how this scrap QR code ended up being a symbol of the Holika fire.