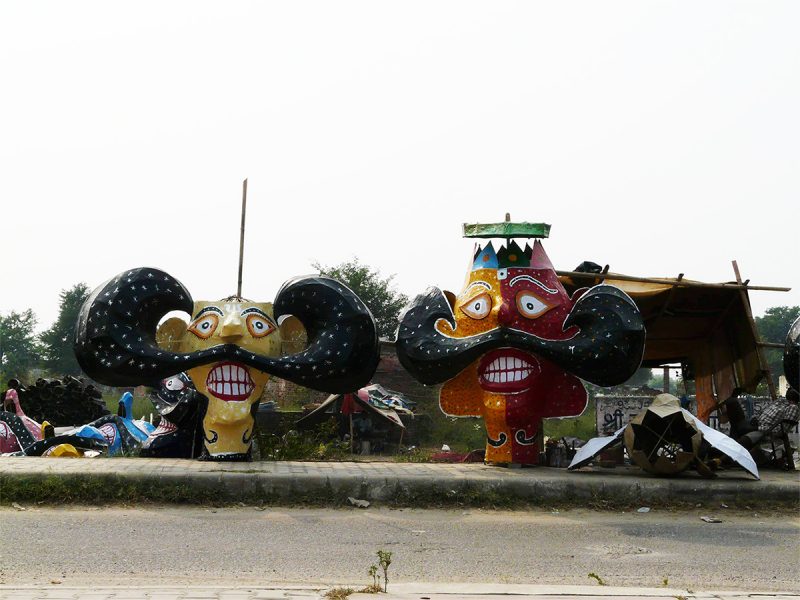 The Making of Ravana

Today is Dusshera, which is celebrated in India in various forms across the country. The festival celebrates the victory good over evil. I have witnessed this festival in Delhi (only once), which takes place in the month of October/November. Each year artisans travel to Delhi to make Ravana for Dusshera.

This short film shows how the art is preserved and how artisans work two months intensively to make 1000s of Ravana’s, who are burnt on Dusshera. The design of Ravana keeps changing overtime, with customers asking for specific details about moustaches, boots etc. For the majority of people Ravana stands for evil. However, the artists see him as their god and pray to Ravana before starting their day.

Dusshera
Ravana had ten heads. The killing of the ten headed one is called Dusshera. This festival is celebrated to remember the victory of Good over Evil.

The story goes that the king of Lanka, Ravana, kidnapped Sita, wife of Rama. “Rama requested Ravana to release Sita, but Ravana refused; which led to war. Having performing severe penance for ten thousand years, Ravana had received a boon from lord Brahma the Creator: Ravana could not be killed by gods, demons, or spirits (Wikipedia).”

A deadly and fierce battle took place between Rama, (the human incarnation of Vishnu) and Ravana wherein Rama killed Ravana. 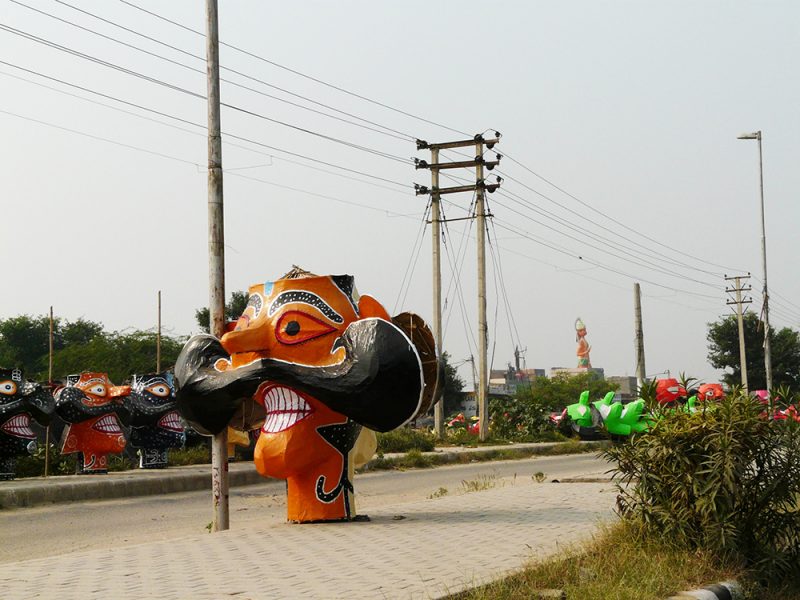